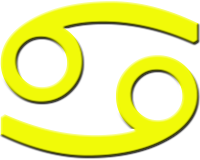 born in Anshan, Liaoning Province, China in 1969. He Graduated from the Northeast Normal University, majoring in oil painting in 2001and has a Post-Graduate Diploma in Oil Painting, from the China Art Institute in 2006 and did his further studies in Realistic Oil Painting from the same Institute in 2007

Zheng has participated in the following exhibitions: 'Wind And Dirt All The Way' and was awarded the Gold Prize, at the Liaoning Youth Art Show, Shenyang, China in 1988. 'Let Us Sway Twin Oars', and was the awarded Silver Prize, at the national exhibition of fine arts, Art Museum of Liaoning Province in 2002. 'Spring Of Love, 'A Hundred Years' and the first national ”Earth, Life and Peace” Figure Painting Competition in 2005. 'The Story Of Fringe', where he was awarded the Gold prize at the China International Art Exposition in 2007.

He was selected to participate in the International Arts creation program of the Beijing Shangyuan Art Museum in 2007.

His works have been published in numerous art journals in China. His works are in public and private collections in China, Italy, Greece, U.S,A. and India.

He live and works in Beijing, China.